You know what can really kill a trading week? When you win on 8 small trades and lose on 1 big trade.

“Why did I trade that one so big? That was STOOPID! Ugh!” That’s what we end up saying in our heads to ourselves. Right?

Well, position sizing is one of those things that you have to get right in order to have a long-run, profitable trading system. I’ve struggled with this in the past myself. But I’ve finally come up with a more fool-proof system for sizing my trades with consistency.

First, know I track my trades in a spreadsheet for the trading systems I trade. I have one tab for OptionsRaider. One for Red Knock Out. One for Green Knock Out. One for a credit spread finder I’m working on (you’ll hear more about that Q1 2022). And a separate folder of weekly spreadsheets for Total Earnings Domination.

It might sound like a lot. But it’s really not. Setting it up initially takes a little time—and that part is actually kind of fun. Then it’s just making sure you log the trade on it after each trade—which helps me stay disciplined, so I do it every time.

On each tab of each spreadsheet, I created a column headed “Margin.” In option trading, margin is the dollar amount you have to post in order to put on and carry a trade. In most cases, it’s the most you can lose. With all the strategies I mentioned, it is the most you can lose. That means the higher the value in that column, the bigger the risk.

So what I do is, on the Home tab of Excel, I go to conditional formatting, Color Scales, More Rules. I customize it to make the lowest value white and the highest Market Taker green (#3ab149 for you design nerds out there). Then I can easily see which trades I’m risking more on. 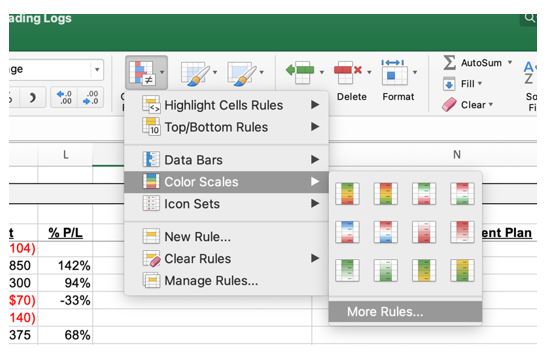 The Margin column is a very simple Excel macro. (*Note: I used to be extremely intimidated by Excel macros. If that’s you currently, have no fear. I’m going to make it really easy.)

For OptionsRaider, we’re simply buying calls. Easy peasy. What’s the most you can lose on a long call? What you paid for it. If you lay out your columns like this…

I screenshotted row 25 because October is basically when I leveled off at shooting for a margin for an average trade of $500. That’s what I’d try and make all my trades at that time (I’ve since raised that target). If a trade was a little stronger, I’d go a little more. If it was weaker, I’d go a little less.

You can start at the top row (which would be row 5 in this case) and simply grab the dot on the bottom right corner of that cell and drag it lower and the macro adapts to the new rows automatically.

This is the same concept for the Red Knock Out and Green Knock Out. With those we’re using either long calls or debit spreads. Either way, the margin is what you pay for the trade. TED too—margin is the spread cost.

It gets a little trickier with the (soon to come to light) credit spread finder. With credit spreads the most you can lose—and how your broker will likely calculate the margin—is the difference between the 2 strike prices minus the credit received times $100. So, if we lay out the columns like this…

It’s just a couple of extra steps filling out the trade log each time you make a trade because you have to have different columns for the strike prices. But it’s worth the effort. Once I have the credit spread finder dialed in, I’ll be leveling off to a target margin price congruent with my objectives (think capitalization and risk tolerance) and do like I said above—shoot for that margin value for a typical trade, more for better ones, less for weaker ones. And BOOM! We’ve solved the position sizing issue for good!

Hi Dan–Thanks for this post. I really like the nuts and bolts entries! I also wanted to point out that the entries you made in the cells are formulas, while a macro is an automated series of tasks. Excel is an awesome tool!

I look forward to more great ideas like these!

Big Number to Brace for Tomorrow

Attitude is Everything in Trading

A Little Secret About Small Caps 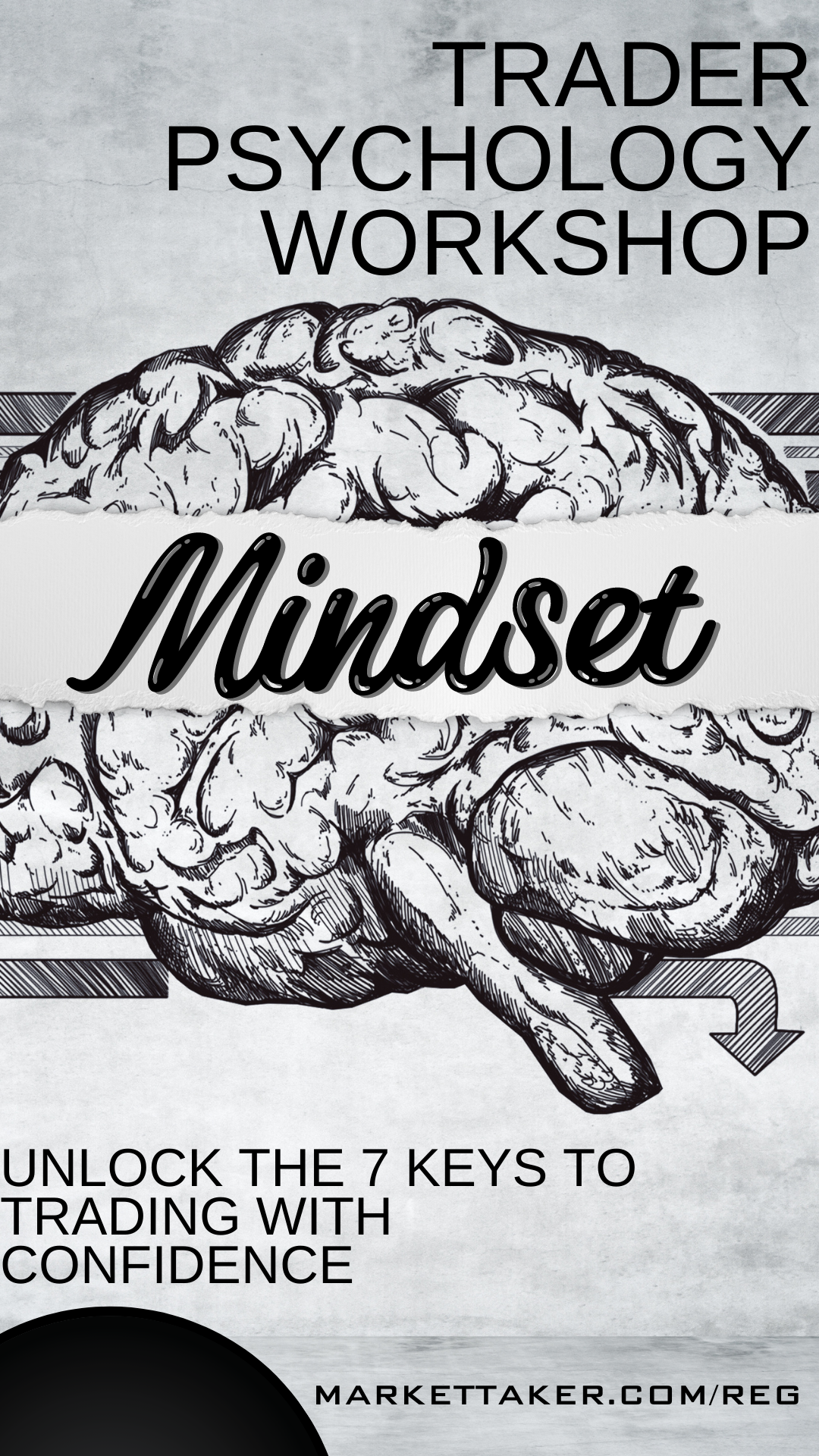