Bear Put Spread – The Right Time for This Options Strategy

There are multiple strategies for an options trader with a bearish, bullish or neutral bias. If a trader has a bearish directional outlook, he can use a long put option strategy to capitalize on an underlying moving lower. But sometimes buying a put option can be riskier than the trader wants because of potential price swings (delta), volatility (vega) or time decay (theta). A better alternative could be to buy a debit put spread (bear put). But when is the right time to use this options strategy?

What Is a Bear Put Spread?

A bear put spread involves buying a put option and selling a lower strike put option against it with the same expiration. The cost of buying the higher strike put option is somewhat offset by the premium received from the lower strike that was sold. The position also has negative and positive options greeks that are potentially more neutral than a single leg position. The maximum gain on this spread is the difference in the strike prices minus the cost of the trade. The options trader will realize this maximum gain if the price of the stock is at or lower than the short put’s strike at expiration. The most the options trader can lose is the cost of the spread. This maximum loss will occur if the stock is trading at or above the long put’s strike at expiration.

An Advantage and an Example

Let’s say it’s the beginning of August and XYZ Corp. is trading around $755. An option trader notices that the stock has reversed after an all-time high and looks to be moving lower. The trader realizes this may be a short-term bearish sign for the stock. The trader can purchase an at-the-money (ATM) put that expires in about 45 days for 20.00 (2,000 in real money). The long put has a negative delta of 0.50, which means that if XYZ goes up or down a dollar the trade will make or lose about $0.50 based solely on delta.

The delta on the bear put spread is 0.10 (0.50 – 0.40) versus 0.50 with the long put. Now if XYZ goes up or down a dollar, the spread will make or lose $0.10. This could be a good thing if the stock rises because less will be lost with a lower delta and not so much of a good thing if the stock falls as expected because gains will be realized at a slower rate. The best-case scenario for the trade is for XYZ to be trading at or below $750 at next week’s expiration. The maximum profit is achieved regardless of the delta.

It is probably obvious to a great many of you how a smaller delta might be a disadvantage for the trade. If the trader is correct on the movement and the stock decreases in value, a larger profit could be realized with just being long the put option because of the potential higher delta. In addition, the bear put spread will lower the negative theta that a long put position will have or completely eliminate losses due to time. The same can be said with vega. A long put will have positive vega and benefit from an increase in implied volatility (IV). But what if a drop in IV was expected? A vega position that is less positive as with the spread would be potentially beneficial.

A spread like the bear put may be viewed as a more conservative choice versus a long put. There are some great things about simply buying a long put such as almost unlimited profit potential and a higher delta. But a trader needs to consider if he or she thinks the stock will drop enough to warrant buying more expensive puts, especially if the drop in price is thought to be short-lived. Compared with a long put, a bear put spread can lower the cost of the trade, provide a higher breakeven point and, if the stock doesn’t perform as planned, create a smaller loss. As always, there are risk/reward and probability scenarios that need to be considered, but having options is what option trading is all about. 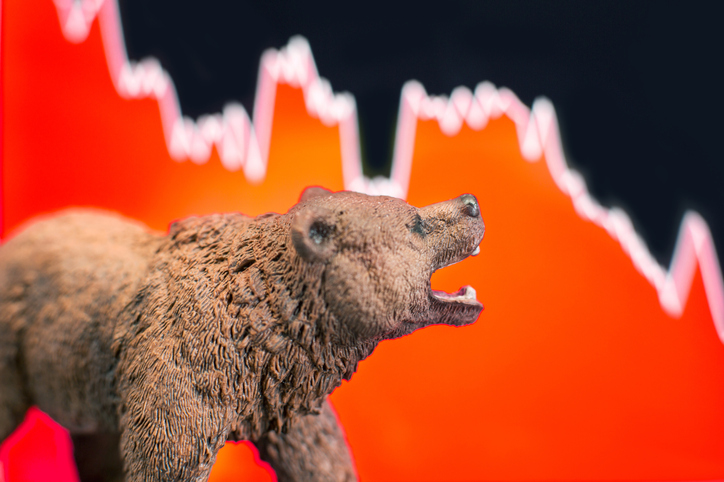