A a simple moving average (SMA) is often the first technical indicator novice traders/investors use to enter and exit trades. The most popular SMAs are the 50- and 200-day. Professional stock traders, fund managers and investors use these 2 averages as benchmarks for long-term positions. The media refer to these MAs frequently as well. If the 50-day crosses above the 200-day, a long position is taken. On the other hand, a short position or profit is taken when the 50-day dips below the 200-day. A recent study revealed that a 13-day vs. a 48-day produced the best returns for mid-term trades. It is referred to as the “golden cross.”

Speeding Up a Moving Average

For shorter-term traders or swing trades, a 5-day vs. 20-day cross is often used to catch smaller trends. There are many variations to this method. Simply put, this approach is plotting a fast MA against a slower one. To enhance the timing of catching a trend early, an exponential MA is frequently used. EMAs are commonly used for short-term trades, even intraday trades. An EMA reacts quicker because the most recent prices hold more weight, resulting in faster signals. Some traders use EMAs to set trailing stops when riding a trend. The logic is to retain more profit in the event of an abrupt reversal of direction.

Though moving averages are popular with many traders they are a lagging indicator. Even though we can speed them up, a trend may be well on its way before a buy/sell signal occurs. However, MAs can be used to identify whether a market is ripe to trend and ready to rest or go into a consolidation phase. MACD is a slow or lagging indicator that is sped up by using EMAs. Because it is a trailing gauge it is not a good short-term timing tool. However, I have found that the measurement or difference between 2 MAs can be used to indicate if a trend has run its course or when one is about to commence.

The initial step is to define a benchmark difference between a short- and long-term average during a trend. I will refer to SPY (S&P ETF) in this case. If the difference between the 50- and 200-day MA is between 10 and 15, the trend is usually healthy and likely to continue to extend. If the spread between those same averages reaches 25-30, the trend is near exhaustion and a consolidation phase is apt to follow. This is known as an overbought or oversold condition. Under these conditions credit spreads should pay because a choppy trendless period frequently follows. On the other hand, if the spread between the 50- and 200-day MA is around zero, an acute vertical move is probable. Thus, long options should pay.

MAs are not a timing mechanism but can be used as a guide to the type of option trade we should execute. 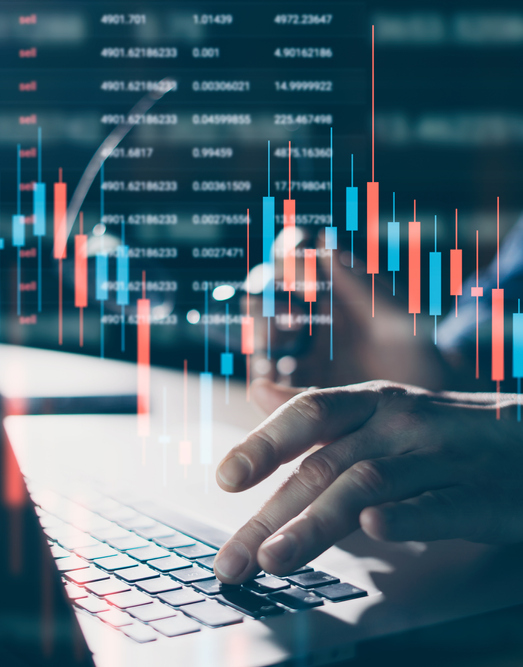 How to Identify Market Trends and Catch Them Early