To the Moon and Other Meme Stock Trader Fallacies

You’ve probably, by now, perused the famed subreddit WallStreetBets and maybe some of the others that talk about short squeezes in stock trading. If you haven’t, you should. Or maybe you shouldn’t. Not if you’re faint at heart anyway. (You’ll read some profane things you can’t unread. LOL.)

One of the things you’ll come across is people saying “HODL” and “To the Moon.” To understand these phrases requires a little history of the WallStreetBets subreddit.

This stock trader thread started a few years ago and comprised mainly young irreverent folks (like most of Reddit) who, yes, were interested in stock trading; but more so were interested in sticking it to the man. The premise was there are these “evil” money managers who force companies out of business by aggressively shorting their stock. And this bunch took it upon themselves to fight them — and on their own battlefield to boot.

They’d find a company that, in their opinion, didn’t deserve to be punished in this regard, that “had a chance” of a turnaround. And they’d ban together and buy the stock relentlessly, forcing the short sellers to cover, thereby creating a short squeeze.

To address this first fallacy, the stock and financial health of a company are related only in theory (though there’s typically some correlation). If a stock goes to $0 but the company is still making money and can pay its bills and staff, it’s not going out of business. And if someone is short enough of a company, they probably have done some research and have good reason to believe the company is poorly managed and overvalued.

HODL and To the Moon

Now back to HODL and To the Moon. HODL is this crazy acronym that means “hold” your stock (derived from a spelling error on a meme) and don’t sell under any circumstances. I guess we can just start with that one. Frankly, that’s the dumbest thing I ever heard. That concept is the opposite of smart trading. The Market Taker Mentoring approach is that the moment you put a trade on, you have in motion the plan to exit. This is Trade Management 101.

Now this To the Moon business. That is a mantra used by traders long a stock or deltas in belief that the stock will rise and rise forever — “to the moon.” Let me tell you, the moon is just too darn far away for me. I’d joke sometimes in my in-person trainings when I was on the tradeshow circuit, “They tell me stocks can rise to infinity, but I’ve never seen it happen.” And I’ve never seen it rise to the moon either, for whatever that means.

Knowing it doesn’t make sense to HODL indefinitely (forever?) and that stocks can’t rise to infinity or to the moon or whatever silly colorful idiom you want to use, smart traders have plans. The only way to lock in a profit—and protect yourself from not seeing that profit reverse and become a loss—is by closing the trade. That’s it. Nothing else makes sense.

Granted, “closing the trade” may mean converting a long delta position that worked out into a flat delta position by doing some sort of adjustment. It could mean “scaling out” by taking off part now and keeping some on for later. It doesn’t have to be so cut and dried to take it off completely. But it does require locking in that profit in some form or another. This is what good management is. That other stuff is just plain tomfoolery. The best way to take your portfolio to the moon is to forget about that other business, stick to your plan and watch it grow.

When Will the Recession Hit?

The Rally Continues: Here’s What to Watch Tomorrow

About That NFLX Strangle 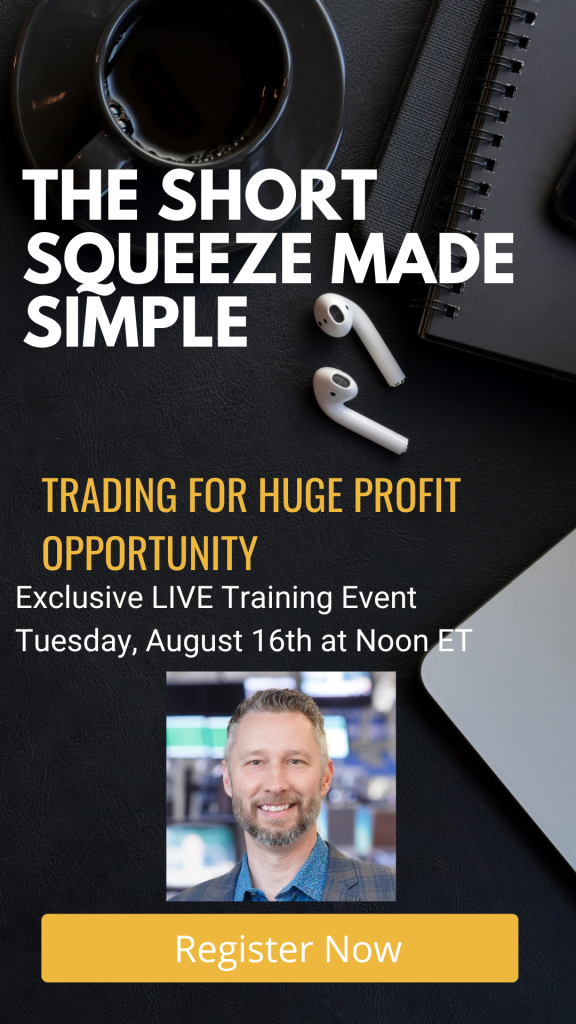